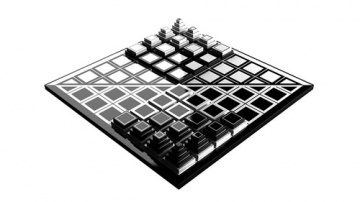 TRENCH is dedicated to the memory of those who suffered and perished on a piece of land, defended inch by inch, and where the human conscience and unrestrained ambition lies in perpetuity!”
by Rui Alípio Monteiro

TRENCH strictly respects, with all the rigour and utmost criteria, the various ranks of the military positions existing in the infantry, as well as the universally accepted chains of command. The official ranks are represented by the number of stars: from the foot soldier, who has one star (a merit badge), to the five star general at the top of the pyramid of power (who has an honorific title).

It is also inspired by the classical strategy board map used by the higher military ranks to define the methodology and to test, with realism, the warfare tactics to be implemented in an action plan.